Lisbon immediately took my interest, because it is one of my favourite
cities. Suddenly I wanted to know more about the history of Lisbon during
World War II. This turned out into a very interesting history, as you'll read
in the next chapters of this blog post. 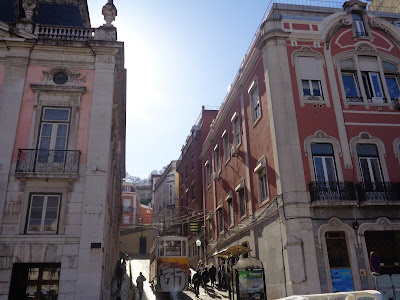 Some history of Portugal

In 1939, Portugal was ruled by António de Oliveira Salazar, the man who
in 1933 had founded the Estado Novo the New State.

When Nazi Germany invaded Poland on 1 September 1939, the Portuguese
Government announced that the 550-year old Anglo-Portuguese Alliance
remained intact, but since the United Kingdom did not seek for
Portuguese assistance, the country was free to remain neutral in the war and
it did so.

When Hitler and his Nazi's occupied Europe, neutral Portugal became one
of the continent's last escape routes. This attracted not only refugees.
Portugal became an interesting country for famous spies.

Lisbon and its surroundings was a strategic marketplace for spies  working
for the Third Reich and for them working for the Allies. Their paths crossed
in hotel lobbies in the Portuguese Capital and in Estoril and the Cascais
coast as well. This region was known as the Portuguese Riviera. 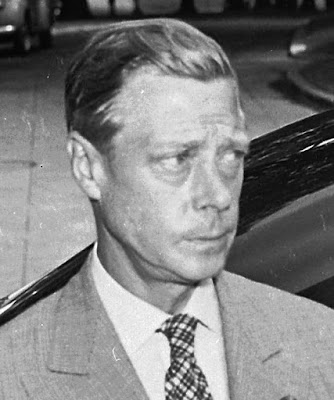 The Duke of Windsor in 1945
Source picture: Wikipedia

It was not only the Duke of Windsor who stayed in Portugal during these
days but also the exiled Spanish royal Family lived in Estoril.

Infante Juan , Count of Barcelona lived at the Portuguese Rivière after
he exiled in Lausanne (where his mother Victoria Eugenie lived). He was
the father of inter alia the later King Juan Carlos of Spain.

Ian Fleming (the creator of James Bond) was based in Lisbon. Juan Pujol
Garcia, known as Garbo, passed on misinformation to the Germans hoping
it would end the Franco regime. William Colepaugh, an american, was
recruted as an agent by the Germans.

In 1941 John Beevor, the head of Special Operations Executive in Lisbon
established an underground network with the aim of carrying out
sabotage tasks in the event of a German and/or Spanish invasion of
Portugal.

Other famous people who stayed in and around Lisbon during World War II
were Leslie Howard, Graham Greene, Zsa Zsa Gabor (who fled Hungary in
1944).

It really must have been an exiting in Lisbon and its surroundings during
World War II.


Own pictures of Lisbon taken in 2017