Luxembourg: A new prince is born

On 10 May 2020, Charles Jean Philippe Joseph Marie Guillaume, Prince
of Luxembourg was born on 5.13 am. 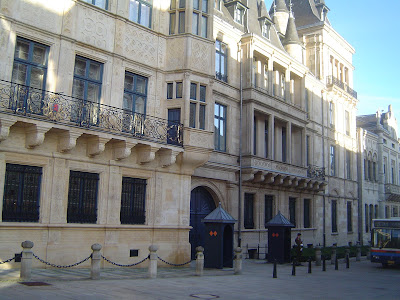 Prince Charles is the first son of the Hereditary Grand Ducal Couple
and is second in Line of succession.

The newborn Prince is named probably after his great-great grandmother
Grand Duchess Charlotte of Luxembourg or he could be named after
his great-uncle, Charles of Luxembourg.

Charles also could named after Charles de Lannoy,
1st. Prince of Sulmona.He was in service for the Emperors
Maximilian I and Charles V.

His second name Jean, is named after Grand Duke Jean, the
grandfather of Guillaume.

Philippe is either the name of Stéphanie's father or named after King
Philippe of the Belgians. Guillaume himself is the godfather of Prince
Emmanuel of Belgium.

Joseph could be probably the male name of Josephine, after
Guillaume's grandmother Joséphine Charlotte of Belgium.

The birth of the future Grand Duke of Luxembourg will be marked with
a 21-gun salute.

On the site of the Cour Grand-Ducale of Luxembourg there is a link
to a digital congratulations book. link.

In 2007, I had the chance to visit the beautiful country: Grand Duchy
of Luxembourg. So I'll post flashbacks of pictures on the blog and on
my twitter account to celebrate this special occassion.

Own pictures of the Grand Ducal Palace and the Viaduct in Luxembourg
City taken in 2007. 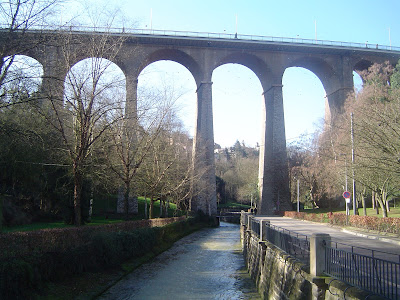