In the spring of 1861, Empress Elisabeth of Austria (Sisi) visited
Corfu for the first time. First she stayed in Villa Mon Repos.
Later she gave the order to build her own palace: the Achilleion. 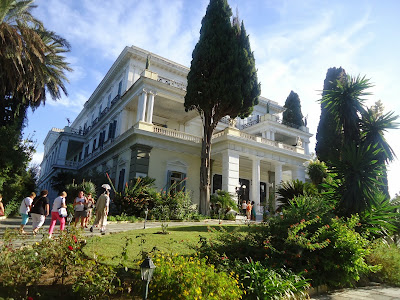 The Achilleion Palace - Own Picture

Sisi was a highly educated woman.
She learned to speak modern Greek and she studied the classics.

Empress Elisabeth liked the Greek mythology.
That's why she called her palace at Corfu the Achilleion
due to Achilles, the hero of the Trojan War. 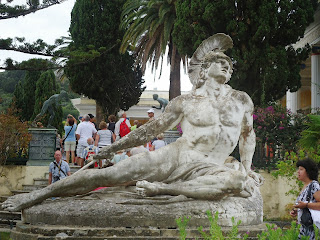 The gardens of the Palace were very beautiful with a lot of statues
referring to the Greek Mythology. 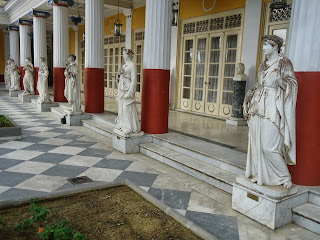