A real stunning Royal Destination in Lisbon, Capital of Portugal is the
Santa Maria Maior de Lisboa or Sé de Lisboa. This long name mostly is
abbreviated to Sé.

The construction of the cathedral started in the year 1147. It has been
classified as a National Monument since 1910.

Lisbon was the seat of the bishopric since the 4th century AD. After a
period the city was conquered by the Moors and it stayed under Arab
control from the 8th till the 12th century, although Christians were
allowed to live in Lisbon and its surroundings.

In 1147, Lisbon was reconquered by an army composed of Portuguese
soldiers led by King Afonso Henriques (Afonso I of Portugal) and
North European crusaders taking part in the Second Crusade. 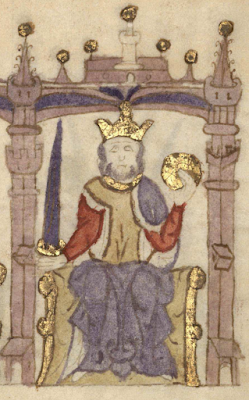 
An English crusader named Gilbert of Hastings was placed as bishop and
the new cathedral was built on the site of the main mosque of Lisbon.

The first church was built in Late Romanesque style. However by the end
of the 13th century King Dinis of Portugal built a Gothic cloister.

His successor King Afonso IV of Portugal had the main chapel converted
into a royal pantheon in Gothic style for him and his family.

During the reign of King John I of Portugal on 29 September 1429, a mass
was sung for Isabella of Portugal on the occasion of her departure to Flanders.
She married Philip the Good of Burgundy.


In 1498, Queen Eleanor of Viseu founded the Brotherhood of Invocation
to Our Lady of Mercy of Lisbon in one of the chapels of the cloister of the
cathedral.

Between the 14th and 16th century lots of earthquakes took place in
Lisbon. The worst of all was the earthquake of 1744 which destroyed the
Gothic main chapel along with the royal pantheon. The cathedral was
rebuilt in the beginning of the 20th century.

Sé is a Latin cross building with three aisles, a transept and a main chapel.
It is connected with a cloister on the Eastern side. The main façade of the
cathedral looks like a fortress. it is a relic from the Reconquista period, so
the Sé could be used as a base to attack the enemy during a siege.

I visited the Sé Cathedral in Lisbon, Portugal in March 2017. It certainly
is one of city's most stunning Royal Destinations, both by its royal history
and its amazing building style(s).

The entrance for the Sé Cathedral is free, however for the cloister and the
treasury, there are additional tickets to buy. To know more, check this link.